Powder cocaine and crack cocaine are both widely available within the inner city of Pittsburgh and surrounding areas. Widespread use, of course, does not make using cocaine or smoking crack legal, and if you are caught in possession of cocaine or crack cocaine, you face jail time as well as hefty fines and a criminal record.

If you or a loved one has been arrested or charged with possession of cocaine or charged with PWID cocaine, very tough penalties under Pennsylvania law could put you/them behind bars. Even first-time offenders with no prior criminal convictions face severe and life-altering penalties, including up to one year in prison for a small amount of cocaine. 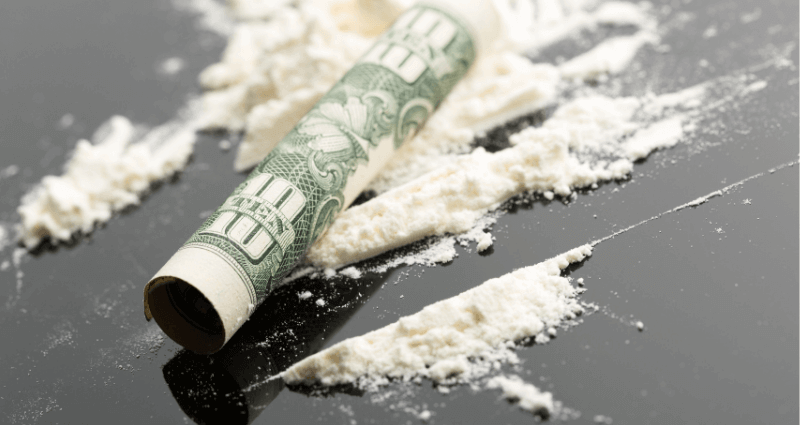 A cocaine conviction also means having a criminal drug record, which can affect everything in your future … employment, college, loans, housing, etc.

Having a skilled and aggressive criminal attorney on your side could make a big difference in the outcome of your case.

Depending on several different factors, you could either be charged with simple possession of cocaine or possession with intent to deliver (PWID) cocaine. The penalties for each vary greatly.

The punishments a judge may sentence you are highly dependent on the amount of drugs you were charged with and whether this is a first offense or if you have been previously convicted of a similar offense.

A simple possession charge of less than one gram of cocaine is a misdemeanor and could put you behind bars for up to one year for a first offense, plus a $5,000 fine. Second or third offenses could mean up to two or three years in prison.

Other penalties like losing your license, being ineligible to purchase or own a weapon or loss of child custody could also apply.

Speak to a Pittsburgh drug crime lawyer for more information on the types of penalties you face and how best to defend your rights.

The punishment for possession with intent to distribute (PWID) drugs in Pennsylvania is very harsh. PWID drugs mean you were suspected of intending to distribute (manufacture, store, sell, traffic, transport) the cocaine.

Penalties depend on the quantity of drugs, whether it is a first offense or a second/third offense. You face much harsher penalties if you are charged with PWID inside a school zone or to a minor or while in possession of a weapon.

Being convicted of PWID is a felony that will remain on your criminal record.

You may also face U.S. Federal charges for possession with intent to distribute (PWID) cocaine, in addition to Pennsylvania charges.

Remember: A drug charge does not mean you are guilty or will be convicted. Your cocaine charges can be fought and won in court

Our experienced drug lawyers try our best to make a positive difference in our clients’ lives by providing solid legal advice and preparing strong and aggressive defense strategies. Our sole aim is to get your charges reduced or withdrawn altogether.

It is not uncommon for the Pennsylvania Drug Court to allow first-time drug offenders and repeat offenders to receive treatment instead of going to jail.

A skilled and experienced lawyer can help you and your family understand the Alternative-to-Jail programs available and whether you are eligible. We can also help negotiate a plea for these programs during a hearing or trial.

Diversionary programs are typically not something you can simply opt for, but you need the permission of the District Attorney to be accepted. We can help you with that process.

Pennsylvania judges have discretion when sentencing for some crimes and it is common for penalties to be reduced to probation or community service in lieu of jail time. However, certain crimes carry mandatory minimum sentences in Pennsylvania and the judge is required to sentence you to at least the minimum penalty, if convicted.

This is why it is important to have an experienced drug attorney on your side to negotiate for a lesser charge or fight for your innocence. We will thoroughly investigate your case, build a strong defense strategy and negotiate with the courts and plead your case in order to increase your chances of having your charges reduced or withdrawn. Contact SMT Legal today.