Grand theft auto, or GTA, is not just a video game that you used to play in your childhood. Grand theft auto, also known as carjacking, is a crime punishable by federal law and is defined as taking or exercising control over another person’s vehicle with the intent to keep or use that vehicle. In other words, unauthorized taking of another person’s vehicle with the intent to deprive the owner of the property refers to “carjacking,” which can be accomplished by force, trick, or false pretense. 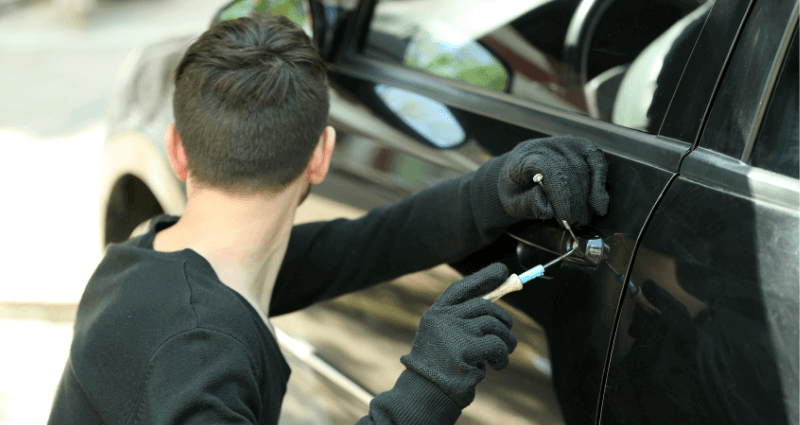 Carjacking and grand theft auto is a serious crime in Pennsylvania, while joyriding is a less serious offense, though all crimes involving auto theft are taken seriously by our courts. Our Pittsburgh carjacking attorney at SMT Legal explains that even taking another person’s vehicle from a parking lot and then abandoning it shortly afterward (therefore, no intent to keep or permanently use the vehicle) is considered auto theft and can be charged as a crime.

Most types of theft in Pennsylvania are classified based on the value of the property stolen. However, theft of motor vehicles carries penalties based on the nature of the stolen vehicle rather than its value. “Thus, if Carjacker A stole a vehicle worth $5,000, while Carjacker B stole a vehicle worth $500,000, both Carjacker A and B will be facing the same punishment for the crime,” explains our experienced auto theft attorney in Pittsburgh.

Joyriding and Failure to Return a Rental Car

Joyriding is a less serious offense in Pennsylvania that is defined as the use of a motor vehicle without the owner’s permission. For example, if a minor takes his or her parent’s vehicle and then brings it back, that child is committing joyriding if he or she did not have the parent’s permission to use the vehicle.

Many Americans rely on rental cars, and if you have ever rented a vehicle in Pittsburgh or elsewhere in Pennsylvania, you know that returning rental cars can be a pain in the neck. In Pennsylvania, failure to return a rental car can be considered either auto theft or joyriding.

Generally, there are two types of defenses to carjacking or auto theft charges in Pennsylvania: consent and intent.

Consent: This one is the most common type of defense in criminal cases involving auto theft and joyriding. By arguing that you had or believed that you had the vehicle owner’s permission or consent to operate that vehicle, you may be able to reduce or drop the charges.

Let our experienced Pittsburgh theft lawyers at SMT Legal review your case and pick the best legal strategy to help you reduce the severity of punishment or drop charges. Contact us today.