If you have been accused of theft or were arrested on theft charges – whether it was shoplifting, passing bad checks, forgery, carjacking, burglary, or receiving stolen property – you face tough penalties if convicted in Pennsylvania.

Theft is usually a regrettable mistake that someone makes on impulse or out of need or even out of compulsion. It is also common for misunderstandings to occur and innocent people to be accused. 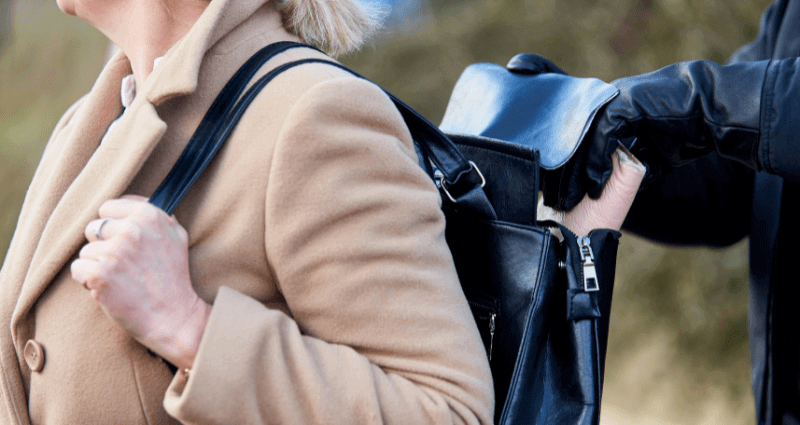 Even so, prosecutors in Pennsylvania are not sympathetic – it is their job to get a conviction. Stealing less than $50 is a third-degree misdemeanor, punishable by up to one year in jail and a $2,000 fine, not to mention a criminal record. The higher the value of the stolen item, the harsher the punishment will be.

If you steal property worth $2,000 or more, you will be charged with a felony. If you steal a boat, car, or plane, you will automatically be charged with a felony. Felony theft charges in Pennsylvania come with a fine of no more than $15,000 and up to seven years in prison. Is it worth representing yourself when so much is on the line? No. That’s why you need an experienced theft lawyer in Pittsburgh from SMT Legal by your side.

Being charged with theft is a stressful situation, that can make a person and their families feel hopeless and powerless for the future.

A theft occurs when someone illegally takes an item that does not belong to them, keeps something that was misplaced by the real owner, or keeps the property of another that was delivered by mistake.

Theft can also occur when you rent goods without returning them or you destroy the rented property or goods.

Using services without paying for them is also considered theft.

At SMT Legal, we aggressively defend people who have been charged with any of the following theft-related crimes:

If you are facing a theft charge in Pennsylvania, it is in your best interest to consult with a theft lawyer in Pittsburgh as soon as possible. The sooner you hire a lawyer, the sooner you can begin to build a defense to the charges. Hiring a lawyer is not an admission of guilt. It is a smart decision that can only help your situation.

We do not recommend representing yourself in a court of law, especially in a criminal matter where your freedom is on the line.

An experienced theft lawyer in Pittsburgh from SMT Legal will be able to build a defense against the theft charges using one or more of the following common defenses:

There is no guarantee that any of the above defenses will work in your situation, which is why it is important to seek the legal counsel of an experienced criminal defense attorney when faced with a theft charge.

Punishment for a Theft Conviction

Depending on the value of the stolen item, theft could either be a felony or a misdemeanor on your criminal record. If you are charged with stealing a gun or weapon, convicted of theft during a natural disaster (earthquake, flood, etc.), or committed another crime while committing theft, you will face additional penalties.

According to the Pennsylvania Criminal Code, 3903 the following grading for theft crimes and the penalties upon a conviction are listed below.

Shoplifting, which is considered “retail theft”, has different penalties than being charged with “theft” in Pennsylvania. Penalties for shoplifting fall under the following grading:

How Long Does A Theft Conviction Stay On My Record?

It’s important to note that a theft conviction remains on your record forever. The only way you can remove it is by filing a petition for expungement. This means that when you apply for employment, complete an application, to rent an apartment or try to go to school, a background check will find the theft conviction.

If you have already been convicted of theft in Pennsylvania and have struggled to gain employment or a place to live, it is in your best interest to consult with a criminal defense attorney about expunging your record. Even if the record is expunged, a background check will still show a conviction and expungement, which means you will need to explain yourself in an interview.

How SMT Legal Can Help

When your future and your freedom are on the line, you need an excellent attorney to aggressively defend your rights. Our experienced Pittsburgh crime attorneys will thoroughly investigate your case, gather all evidence and closely examine all police reports, witness testimony, video footage and recordings of your arrest.

We work to significantly increase your chances of having your charges reduced or withdrawn by building a strong defense strategy. We will make sure we get answers to all questions to aid in proving your innocence as well as search for any holes in the prosecution’s case. If the police did not follow proper procedures during your arrest, all evidence could be thrown out and your entire case could be dismissed. The experienced criminal defense team at SMT Legal understands the seriousness of a theft charge. We know that you could face more than a handful of years in prison and tens of thousands of dollars in fines if convicted. Don’t take a chance on getting lucky in court by representing yourself. Contact SMT Legal to speak to a theft lawyer in Pittsburgh today.