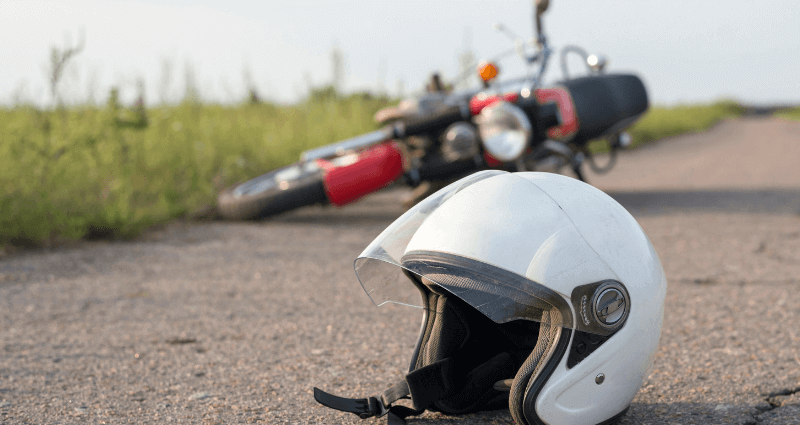 Physical damages to a victim or a victim’s family come with a heavy price – medical bills, lost wages, future lost wages, not to mention severe emotional pain and distress.

Why You Need a Pittsburgh Motorcycle Accident Lawyer

Many victims of motorcycle accidents wonder, “What motorcycle accident lawyers do that I can’t?” If you are one of those who have no idea how a personal injury lawyer can help in your situation, you need to understand that there are a lot of things that go into investigating motorcycle accident cases and pursuing compensation for damages and losses. In fact, it may be difficult to recover damages even when the other party’s fault is obvious.

Apart from providing you with a free consultation about your case, handling all the paperwork necessary for your legal case, handling negotiations on your behalf, and preparing your case for a trial process, your motorcycle accident attorney in Pittsburgh or elsewhere in Pennsylvania will do the following:

What To Do After a Motorcycle Accident in Pittsburgh?

The things you do after a motorcycle accident have a tremendous impact on your safety, recovery, and the likelihood of obtaining financial compensation.

It is critical for individuals to understand that they have a limited amount of time to file motorcycle accident claims In Pittsburgh. The Pennsylvania personal injury statute of limitations is two years from the date an injury occurs. If a motorcyclist fails to file a claim within this two-year timeframe, they will lose the ability to recover the compensation they need.

What Happens if a Motorcyclist is Partially at Fault?

However, as part of the modified comparative negligence system, the total amount of compensation a motorcycle accident victim receives will be reduced based on their percentage of fault. For example, if a motorcyclist attempted to change lanes and was rear-ended by an alcohol-impaired driver right after changing lanes and sustained $100,000 worth of damages, the impaired driver may be seen as being totally at fault. However, what happens if the motorcyclist failed to use a turn signal or hand signals to indicate that they were changing lanes?

In this particular situation, it is plausible that a personal injury jury will find that the motorcyclist was 30% at fault because they failed to properly signal the lane change. In this instance, the motorcyclist would receive $70,000 in compensation instead of the full $100,000 to account for their percentage of fault.

Determining Fault in a Motorcycle Accident

Other vehicles may also cause limited visibility crashes by failing to check their mirrors closely before changing lanes. If motorists do not see the motorcyclist in their mirror, they may overlook them altogether, not bothering to check blind spots. Or, other drivers may be distracted or texting or driving under the influence of drugs or alcohol.

The difficulty lies in proving the other driver was negligent and caused the motorcycle crash. Having an aggressive and compassionate motorcycle accident lawyer who specializes in guiding accident victims and their families through the legal process of personal injury is crucial to getting the best outcome for your case.

Types of Damages You May Be Entitled To

Our personal injury law firm was established based on the partnership of two experienced attorneys – one who spent decades representing injured people and the other with an extensive background in representing insurance companies. Our attorneys understand how both sides work and use this knowledge to maximize the outcomes for our clients.

Our law firm does not believe in backing down to insurance companies when they are offering our clients an unreasonable settlement. Instead, we advise our clients that we are ready, willing and able to prepare their case for trial. Of course, sometimes our clients are not interested in going to court, and in those instances we work hard to resolve the matter without involving further litigation.

As a motorcycle accident victim or the loved one of a victim, you may be entitled to recover damages such as:

There are many benefits of hiring a team of motorcycle accident lawyers in Pittsburgh. If you are still uncertain about whether or not you need legal representation from an attorney, schedule a free consultation with our lawyers at SMT Legal. Contact us to learn how we can help you.

Allison is an experienced litigator, having worked in the legal industry for almost two decades. She has an extensive background of reviewing and analyzing litigation and legal documentation.