Racism and racial bias has been a prevalent part of American history and society and remains so to this day. Most persons of color will tell you that they have experienced acts of racism on more than one occasion in their life.

Sometimes racism comes in a very direct, flagrant way. But other times it is far more subtle – and possibly even repetitive. Racist behavior in the workplace, whether direct or indirect, can cause a work environment to become difficult, or even impossible. It is also illegal. 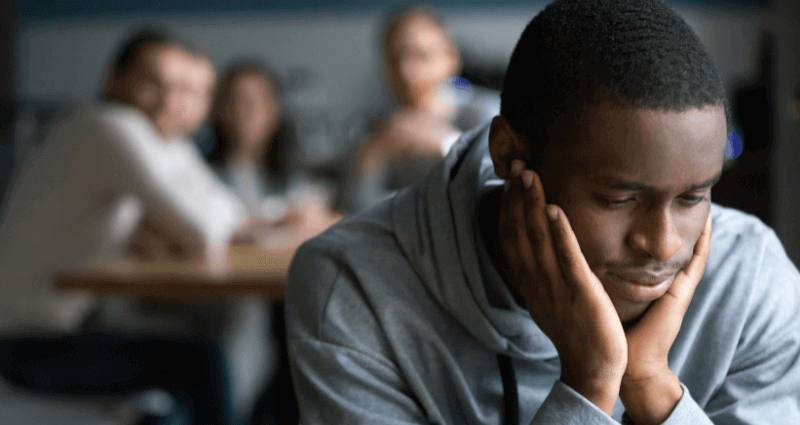 Racial bias or discrimination may not be as obvious or in-your-face as it has been in years past, but it is still quite pervasive in the workplace. Perhaps you were passed over for a promotion in favor of someone less qualified and of a different race. Maybe you applied for a job that you were qualified for and were refused employment while the job sat open.

If you have found yourself the victim of a racially charged incident in the workplace, you may have a cause of action. In order to determine if you have a case and how best to proceed, you should consult an experienced employment discrimination attorney right away.

If you are a victim of race discrimination at your workplace, our compassionate and experienced Pittsburgh Work Discrimination Lawyers can help. We offer free case evaluations to anyone who feels they have been discriminated against in the course of their employment.

What is Racial Discrimination in the Workplace?

Race discrimination in the workplace is any action or behavior that singles out or treats an employee differently because of their race and/or skin color. Essentially, the workplace should be blind to race and color. Every employee has the right to be treated equally and should not be allowed to suffer harassment while at their place of employment.

This includes everything from the application process through employment and termination. Employers cannot refuse to hire, fire and/or give different privileges, compensation or benefits to one race over another.

If this kind of conduct or treatment occurs, or if an employee is harassed based on their race, they may have a valid case of discrimination. The conduct must be such that the employee’s work performance is affected and the environment in the workplace has become hostile, offensive and/or intimidating.

The discrimination or harassment can be verbal, physical, or electronic and may include behaviors such as:

An ideal case for race discrimination would involve a scenario where two employees with very similar jobs, who differ only in race, are treated differently while at work. However, racial discrimination is usually not so clear-cut. It often comes out in a manner that is more disguised and harder to prove.

Some more common situations that occur in the workplace include:

Since race discrimination is often difficult to prove, it is important to have everything well documented. If you have been harassed by a co-worker due to your race, for example, you should write down all of the incidents, the date the occurred, what transpired and if there were any witnesses.

You should also keep your complaints to management well documented. It should state clearly who you spoke with, the date, the time and what action, if any, the employer took. If an employer took prompt action to investigate and discipline the responsible party(ies) they may not be liable.

Cases involving employment discrimination have a statute of limitations, meaning you have to file a claim within a certain amount of time of the illegal act. This is why contacting an attorney right away is a good idea to find out if you are still able to file a claim.

An Example of Proving Racial Discrimination in the Workplace

As a hypothetical, suppose you applied for a job that you were highly qualified for, and your application was rejected. You believe the job rejection was racially motivated. Should you have a case go to trial, you must be able to prove the following:

In this situation, one could be led to believe the rejection was racially motivated. Should your racial discrimination case go to court, the employer would then have a chance to offer a non-racially motivated, legitimate reason for having denied the candidate the position.

Proving the employer intended to discriminate against you because of your race, is not an easy task. But our workplace discrimination attorneys can help you build a case based on information you provide. The more details and information you can offer, the stronger your case will be, and the more likely you will be to win the case.

Under Title VII of the Civil Rights Act of 1964, the federal government made it illegal to discriminate against anyone based on their race, color, religion, sex or national origin.

If the discrimination is severe enough, the EEOC may file suit on your behalf. If they choose not to do so, they will inform you via a “right to sue” letter, giving you the option to bring a lawsuit yourself.

You have the right to bring your case to the EEOC if the employer has at least fifteen or more employees. You must file your claim within 300 days of the discriminatory incident(s). If you receive a “right to sue” letter after your claim has been investigated, you have 90 days from receipt of the letter to file your lawsuit in court.

With such strict deadlines and somewhat confusing paperwork, it is extremely important that you have a skilled attorney by your side to help guide you through the process and ensure you have all the details together to build the strongest case possible.

If your employer does not fulfill the requirement of having fifteen or more employers, you still have the opportunity to fight for your rights and bring a claim against the employer.

Our employment discrimination attorneys in Pittsburgh understand how frustrating it is to be forced to deal with a harsh or uncomfortable work environment. We will do everything possible to get you the money you deserve for the harassment you have withstood.

We will conduct a thorough investigation into your discrimination claims to determine which state and federal laws are applicable. We have a team of lawyers, investigators, and experts who work together to build a strong case for our clients. We know when to negotiate, when to go to court and how to get you the compensation you deserve. Our goal is to help you get the best possible outcome and maximum compensation so that we can make a positive difference in your life. Contact us today.