When you are arrested on suspected drug possession charges, you face very serious consequences. Even if it doesn’t seem like a big crime, being convicted of possession of drugs has the capacity to make the rest of your life very difficult. Whether you were charged with a small amount of marijuana, an illegal bottle of prescription meds or less than an ounce of heroin, you face jail time, steep fines and a criminal record. 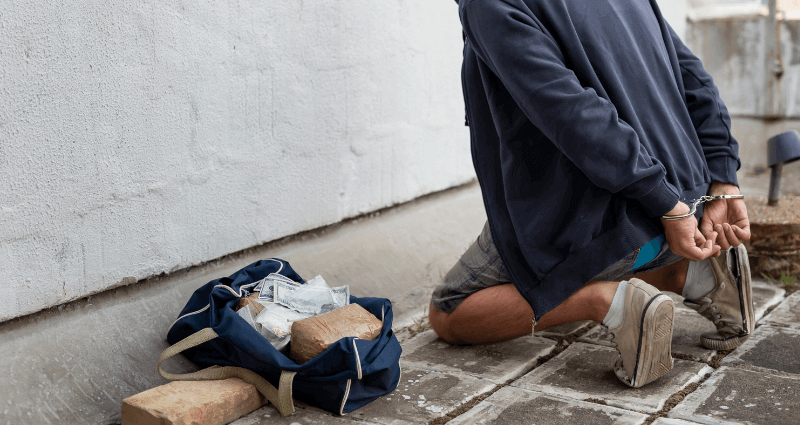 If you were charged with possession with intent to deliver drugs (PWID drugs), you face much harsher penalties upon conviction.

On top of sentencing for the crime, you could also be penalized by having your driver’s license suspended and having to pay other court costs and fees.

You will only have to serve out these penalties if you are convicted.

What Are PWID Drug Charges?

If you have been charged with PWID Drugs or Possession with Intent to Deliver Drugs in Pennsylvania, you face very serious charges and may be prosecuted by both Pennsylvania and U.S. Federal courts.

PWID charges mean that the police suspected you of any of the following criminal activities:

Prosecutors and District Attorneys in Pennsylvania are not sympathetic to people accused of drug crimes. It is their job to get the maximum sentence for the alleged crime.Below are the general sentencing guidelines for people convicted of simple drug possession in Pennsylvania.

Fines and sentencing can increase or even double for multiple offenders, if you were found with drugs in a school zone or were carrying an illegal weapon or engaged in other criminal activity.

These penalties are for a first offense. If you have been arrested more than once, there are much steeper penalties.

If you are charged with possession or sale of drug paraphernalia in Pennsylvania, from a marijuana bowl to heroin needles, you face up to one year in jail, a fine of $2,500 and a misdemeanor on your record.

Penalties for a sentencing increase if you are found buying heroin within a school zone or if it is a second offense.

Penalties for sentencing increase for a second offense. More than two grams of cocaine will put you under PWID cocaine sentencing guidelines.

Other Consequences of a Drug Conviction

In addition to these penalties, there is the possibility of all the other punishments that go along with a drug conviction:

Drug Possession Charges Can Be Won in Court

You still have a fighting chance to beat your charges and get your sentencing reduced or dropped altogether. No case is ever impossible.

Even if your case can’t be won, a lesser sentence will have a huge positive difference in your life and the lives of your family members.

We will investigate whether the police followed proper procedures:

We will make sure we get answers to all these questions and search for any holes in the prosecution’s case. If the police did not follow proper procedures, all evidence could be thrown out and your entire case could be dismissed.

Our experienced and aggressive Criminal Attorneys in Pittsburgh will fight to prove your innocence for a complete case dismissal.

We can skillfully negotiate a plea bargain, or press for alternatives to jail time, such as the Pennsylvania Drug Court, or probation without verdict. No matter what, we will fight for a lesser sentence and a reduction in penalties if a complete dismissal is not an option.

There are several options that a defendant could take to lessen a harsh punishment, such as treatment, drug testing and drug counseling. Whenever a case dismissal is not possible, our attorneys will fight to get you in these programs to reduce jail time.

Throughout hearings, arraignments, proceedings and trial, our team will ensure you understand your rights and prepare you for hearings and trials.

Our drug crime attorneys believe that people are inherently good. But good people make mistakes and some are falsely accused. A harsh punishment is rarely productive for anyone. We want to help you minimize the negative impact a drug arrest will have on your life and your family. Contact SMT Legal today.