In 2015 more Americans died of drug overdoses than ever before – 50,000 people. Nearly 13,000 of those were heroin-related deaths. In Pennsylvania in 2015 there were 3,383 overdose deaths – 9 per day – according to the Drug Enforcement Agency (DEA). As heroin use rises across the United States and in Pennsylvania, police and district attorneys are determined to put offenders behind bars.

If you or a loved one has been arrested or charged with possession of heroin or charged with possession with intent to distribute, PWID, heroin, you face very tough penalties under Pennsylvania law. Even first-time offenders with no prior criminal convictions face severe and life-altering penalties, including up to two years in prison.A heroin conviction also means a criminal record, which can affect everything in your future … employment, college, loans, housing, etc. 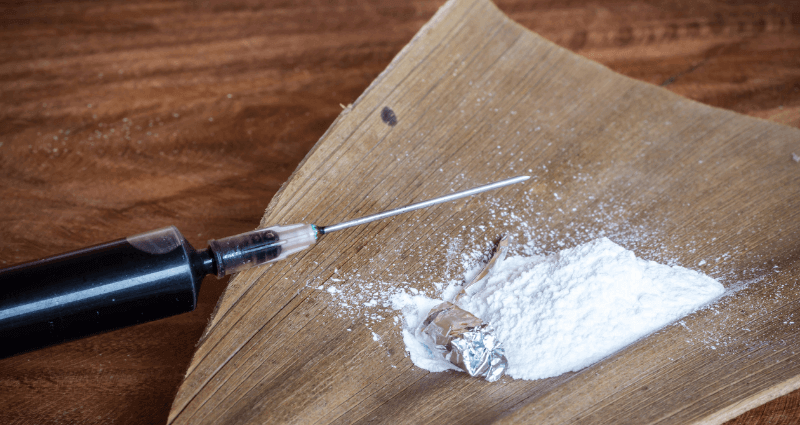 Having a tough, skilled and aggressive drug crime lawyer on your side could make a big difference in the outcome of your case. There may be drug treatment programs available in lieu of jail time or persuasive defense strategies in making a not guilty plea.

Being charged with a heroin crime does not mean you are guilty or will be convicted. Your charges can be fought and won in court.

Sentencing Guidelines For a Heroin Conviction

Heroin is classified as a Schedule I drug under the 1972 Controlled Substances Drugs, Device, and Cosmetic Act of Pennsylvania and the United States Federal Drug Trafficking Laws.

The punishments a judge may sentence you are highly dependent on the amount of heroin you were charged with and whether this is a first offense or if you have been previously convicted of a similar offense. A second offense or multiple offenses come with much harsher penalties.

A simple possession charge of less than one gram of heroin is a misdemeanor and could put you behind bars for up to one year for a first offense. Second or third offenses could mean up to three years in prison.Buying heroin in Pennsylvania is also a separate crime and could count as two separate charges. Possession of heroin paraphernalia (syringe, spoon, etc.) is also a misdemeanor and could include up to a year in jail, plus a $2,500 fine.

Other penalties like losing your license, being ineligible to purchase or own a weapon or loss of child custody could also apply.

The punishment for Possession with Intent to Deliver or Distribute (PWID) in Pennsylvania is very harsh. Penalties depend on the quantity of heroin, whether it is a first offense or second/third offense. You face much harsher penalties if you are charged with PWID inside a school zone or to a minor or while in possession of a weapon.

Being convicted on PWID Heroin is a felony that will remain on your criminal record.

Our experienced criminal drug lawyers try our best to make a positive difference in our clients’ lives by providing solid legal advice and preparing strong and aggressive defense strategies.Our sole aim is to get your heroin charges reduced or withdrawn altogether.It is not uncommon for the Pennsylvania legal system and the Pennsylvania Drug Court to allow first-time drug offenders and repeat offenders to receive treatment instead of going to jail.

A skilled and experienced lawyer can help you and your family understand the programs available and whether you are eligible, as the ARD program. Our drug attorneys can also help negotiate a plea for these programs during a hearing or trial.

Drug diversionary programs such as ARD are typically not something you can simply opt for, but you need the permission of the District Attorney to be accepted. We can help you with that process.

Pennsylvania judges have discretion when sentencing for some crimes and it is common for penalties to be reduced to probation or community service in lieu of jail time. However, certain crimes carry mandatory minimum sentences in Pennsylvania and the judge is required to sentence you to at least the minimum penalty, if convicted.

It is important to have an experienced drug attorney to negotiate for a lesser charge or fight for your innocence. Contact our experienced and aggressive Pittsburgh drug crime lawyers today for a free legal consultation.