Contrary to the popular belief, you do not necessarily need to be some kind of politician, public official or powerful executive to be charged with the crime of embezzlement in Pennsylvania. Criminal cases in which mere mortals face embezzlement charges have been on the rise in recent years. 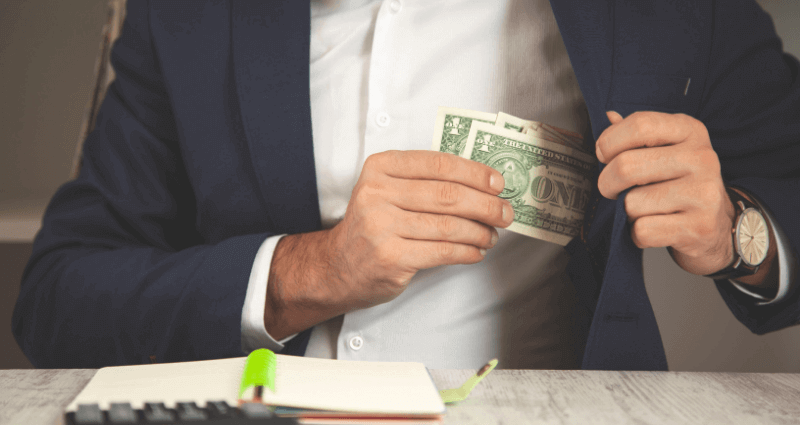 “But how can you be found guilty of embezzlement in Pennsylvania?” you may wonder. Let our Pittsburgh embezzlement defense attorney from SMT Legal explain. It does not take much to cross the line and get in trouble with the law, because any time you fraudulently mishandle or misappropriate cash or property that has been entrusted to you but belongs to someone else, you immediately become an easy prey on a prosecutor’s radar.

While many of you might wrongly believe that embezzlement cases are usually committed by some high-profile public figures or politicians, the vast majority of these cases actually involve very minor and seemingly insignificant crimes such as a supervisor misappropriating company funds by making personal purchases on company cards (instead of spending the funds that have been entrusted to him in the interests of the company).

Regardless of how insignificant you think your embezzlement crime was and regardless of how much money you mishandled or misappropriated, a conviction for embezzlement in Pennsylvania will most likely harm or destroy your career and reputation. Not only will you get fired, but you may also struggle to find a new job after the firing, not to mention other negative impacts on your reputation, trustworthiness and career prospects.

Fortunately, you can speak to an experienced criminal defense attorney in Pittsburgh or elsewhere in Pennsylvania to protect your reputation and career by reducing the penalty or avoiding a conviction altogether.

There Are No Embezzlement Laws in Pennsylvania

To clear the clouds of confusion, you can be charged with embezzlement in Pennsylvania if you the prosecutor has sufficient evidence that you took or misappropriated the money or property that has been entrusted to you but belongs to someone else.

Essentially, the alleged embezzler owes a fiduciary duty to the person or company whose money or property has been mishandled or misappropriated. Interestingly, however, there is not a single law that specifically covers “embezzlement” in Pennsylvania.

Embezzlement: Theft By Deception vs. Theft By Extortion

In a small percentage of other cases, the alleged embezzler will be convicted of theft by extortion, which occurs when the embezzler unlawfully obtains or withholds someone else’s money or property by threatening the owner of money or property to do any of the following: commit a crime, accuse the owner of a crime, disclose confidential or sensitive information to harm the owner’s reputation, career, or life, or in any other way inflict any other harm to the owner.

Penalties for Embezzlement in Pennsylvania

It is true that the severity of penalties for embezzlement in Pennsylvania depends on the amount of money that has been mishandled or misappropriated by the alleged embezzler. For example, those convicted of stealing money or property at a value of no more than $50 face up to a year in jail. Stealing or misappropriating between $50 and $200 will lead to imprisonment of up to two years unless the embezzler breached a fiduciary duty.

If you are charged with embezzlement of retail merchandise valued at more than $150 in Pennsylvania, you will be facing up to five years for a first conviction. Embezzling money or property valued at more than $2,000 is classified as “grand theft,” and is charged as a felony punishable by up to seven years in prison.

Schedule a free consultation with our skilled criminal defense attorneys in Pittsburgh to discuss your case. Let the attorneys at SMT Legal identify the most appropriate defense strategy for your particular situation. Contact us today.