A drug conviction in Pennsylvania can have severe and lasting consequences. Many people do not how harsh punishments can be until they have been sentenced to jail and lose their license, even for a small amount of marijuana or illegal prescription drugs.

There are several state and county programs that can help first-time drug offenders and/or people with drug addiction to avoid really harsh sentences and prison time.

These are sometimes called “drug diversion programs”, “alternative to sentencing programs”, or “pretrial services”. They usually will require a drug treatment program instead of going to jail. 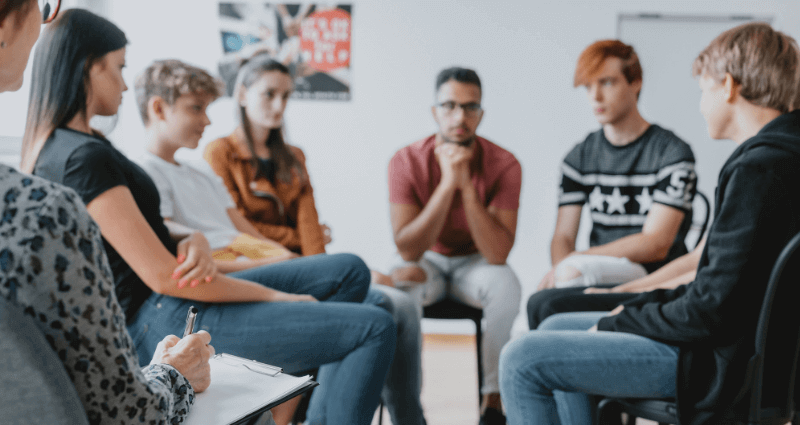 If you have been charged or arrested with possession of drugs you should speak with a criminal defense attorney as soon as possible about your case and eligibility for the alternative to jail programs.

You may not automatically qualify for these programs and may need to apply and be accepted by the court system. We can help you with that process.

An experienced attorney can help you negotiate and plea your case so that you have the best chance possible of having your sentence reduced or your charges dropped.

Drug Court Programs were created for people with substance abuse problems who have been arrested or charged with drug possession. They typically combine mandatory drug testing, substance abuse treatment, and judicial supervision to help people get off drugs and out of the criminal justice system.

The drug treatment program is an alternative to going to prison with the goal of helping drug abusers stay sober.

Eligibility into a Pennsylvania Drug Court

In order to be considered for Pennsylvania Drug Court, you must have no prior criminal record and must not have any pending charges for violent crimes. Candidates may be identified by the District Attorney or referred by an attorney.

Most people accepted into the program are non-violent drug offenders.

In existence since 1998, the Allegheny County Drug Court Program places individuals with drug abuse problems into an intensive drug treatment program as an alternative to incarceration.

Once a person is deemed eligible, they must plead guilty to all related charges.

The average sentence is 23 months followed by six months of probation. Depending on the individual’s progress, the sentence could be shortened at the discretion of the judge.

Consequences of a Drug Crime Conviction in Pittsburgh

On top of having a criminal record and no driver’s license, which makes everything in life more difficult – including finding a job, a place to live, and financial aid and loans – a drug conviction can put you in prison and cost a lot of money.

For example, below are just some of the sentencing guidelines judges in Pennsylvania

Accelerated Rehabilitation Diversion Programs (ARD Program) are designed for a first time DUI offenders and offenders of minor drug possession charges who have no prior criminal convictions.

ARD is a probationary program that could help you avoid a license suspension and jail time. After completion of the ARD program your attorney can move the court to have your charges dismissed and possibly expunged from your record.

The District Attorney determines admission to diversion programs and you must apply in order to be considered.

In order to complete the program, you will have to attend drunk driving school (Alcohol Highway Safety School) and pay court ordered restitution, as well as attend meetings, among other stipulations the DA may set.

There are many restrictions that keep people from being accepted into the ARD program in Pennsylvania. You have to be a first-time offender to even apply. If you have a prior criminal record, you will not be accepted.

Your lawyer will file a petition to the District Attorney for acceptance into the program. This is usually done around the time of your preliminary hearing or arraignment.

Requirements Once Accepted Into the ARD Program

In order to complete the program successfully, you may have to attend substance abuse treatment programs, perform community service, and pay court-ordered restitution, among other stipulations the District Attorney may set.

Although technically your charges will be dismissed after successfully completing the ARD program, your criminal record will still show the arrest unless you have your record “expunged”.

If a person does not comply with the stipulations of the ARD program or does not complete all of the requirements, they will be removed from the program. The original charges will apply and the ARD violator could go to jail.

If you are arrested again while in the ARD program, you will most likely be removed from the program.

You will not automatically qualify for the ARD program – you have to apply and then be accepted by the District Attorney. We can help you with that process. If you are a candidate, we can also help you with the process of going through the Pennsylvania Drug Court Program.

If you are not guilty of the charges and do not want to enter into ARD or plead guilty, we will fully investigate your case and fight to have your charges dropped completely.

The DUI Hotel is usually meant for first-time DUI offenders who had a very high blood alcohol content level.The DUI Hotel is much like it sounds – instead of going to jail, you spend four days in a hotel. But it is less fun than a vacation because you have to take a Breathalyzer test and leave all alcohol and non-prescription drugs behind to participate.

You will go through an intensive treatment program and group therapy with other offenders. The therapy sessions are designed to help offenders better understand their behaviors.

The cost of going to DUI hotel is much less expensive than missing 30 days of work (or losing your job) because you have to go to jail. The program typically costs $500 including meals and hotel stay, or less than $1,000 if you do not want to share a room.

If you are wondering whether you may be eligible for the DUI Hotel program in Allegheny County, contact Pittsburgh DUI Attorney for a free consultation.

The PDQ Program in Pittsburgh is for people who have violated the ARD program (or not successfully completed the program) or for people who have two or more DUI arrests or convictions. You can think of it as the “pretty damn quick” program.The PDQ Program serves as a treatment program in lieu of a lengthy jail sentence or long license suspension. Successful completion of this program can help people limit the amount they would have to spend in jail otherwise and limit the time for license suspension to only one year.

You will need to attend a hearing to make your plea, after which your license will be suspended for a year. Credit toward your license suspension is only given after jail time completion.

The Interlock program requires that an interlock device be placed on any vehicles owned by a person convicted of a second DUI offense (or multiple DUI offenses) AFTER they have been convicted and completed one year of a full license suspension.

In order to drive the vehicle, the person must blow into a device attached to the vehicle, which can detect the person’s BAC level. The vehicle will not operate if it detects a BAC level of .025% (about one drink).

This program makes it possible to still be able to drive to work and not have your license suspended for a longer period of time. The system costs about $1,000 per vehicle.

If you have been convicted of DUI in Pittsburgh, you will need to call the Allegheny County Ignition Interlock Services in order to have the interlock device installed on your vehicle.

How Our Pittsburgh DUI Lawyers Can Help

If you were charged with a drug crime, you should talk to an experienced drug lawyer as soon as possible to discuss your options. Our attorneys represent people charged with DUI and DUI Felony in Pittsburgh. Contact SMT Legal Today.